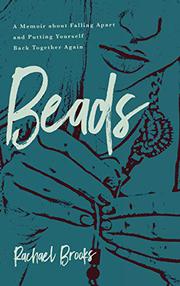 A Memoir About Falling Apart and Putting Yourself Back Together Again

Brooks debuts with a memoir of her struggle to recover from a traumatic assault.

On June 28, 2008, the 22-year-old author was living in Alexandria, Virginia, with her then-boyfriend and working at a prestigious accounting firm in Washington, D.C. That night, her boyfriend was out with friends, so she contacted a cousin who lived in Washington. After a night out, Brooks planned to spend the night at her cousin’s apartment until her boyfriend called and asked her to come home. Her cousin called a cab, and Brooks waited at the curb until a dark SUV pulled up; thinking it was her ride, she got in. Soon afterward, on the side of a deserted highway, the driver raped her, and he later dropped her off near her home. Brooks ran down her block screaming before her boyfriend and his friend met up with her. The police arrived and sent her to the local precinct, where she underwent hours of hostile questioning by detectives who dismissed her with an assurance that “this will all blow over and be fine. Best of luck.” On her own initiative, she went to the hospital to have a rape-kit examination performed, but the kit wasn’t processed for 18 months. In engaging, emotional prose that’s peppered with well-placed expletives, Brooks tells the infuriating story of her four-year quest to obtain some justice from the legal system and of her difficult journey to find peace within herself: “My life felt like scattered beads all over the floor from a broken clasp on a necklace,” she writes early on. With unvarnished honesty, she details her attempts to get her life back together; along the way, she struggled with alcohol abuse that led to blackouts and rages. She effectively tells of how broken she felt but also reveals her fierce determination to find normalcy and how her loved ones provided her with unflagging support.

An eloquent and unsettling story of recovery that features solid advice and encouragement for other trauma victims.