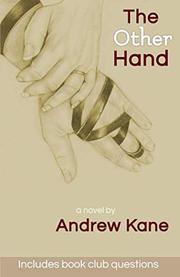 An Orthodox Jewish family struggles to adapt to the modern world in this novel.

Ever since he was a kid, Jonathan Bauman has had a reputation as someone who could “figure things out.” That allows him to become a respected legal scholar; find the perfect, if unexpectedly modern, mate in his wife, Sarah; and eventually become a popular rabbi in Lawrence, New York. He is put to the ultimate test when his son Noah finally comes out as gay, and a longtime family friend and president of the congregation, Benjy Marcus, reveals a marital and financial scandal that will send him to jail. Jonathan begins to face more pressure when David Weisberg fills the power vacuum left in Benjy’s wake. Weisberg wants to move the congregation toward stricter Orthodox ways, and views the more moderate Jonathan as an impediment. Jonathan’s reputation takes another blow when the congregation finds out his daughter, Miriam, has been dating a non-Jewish man, an atheist named Rajesh Bhatt. Kane (The Night, the Day, 2015, etc.) adds to his collection of complex, social-minded novels with this deeply moving portrait. The author strikes a beautiful balance in portraying the religious and human elements of the family. The revelations about Noah and Miriam tax Jonathan greatly, and cause him to wrestle with his more Orthodox beliefs. But his love for his children is obvious and he’s willing to challenge the congregation for them. Sarah is more immediately accepting, but neither parent is a caricature. While Noah and Miriam mostly take after their mother, the author uses a subtle detail—the fact that the kids at least share Jonathan’s taste in wine—to deepen the presentation of the family dynamic. The other sibling, Aaron, is the most Orthodox of the three, but has his father’s enormous capacity for understanding. The scene where Noah comes out to Aaron at a basketball game is poignant, with the briefest of flashbacks to make their bond clear.

A touching tale of a gorgeous, complicated family trying to persevere.