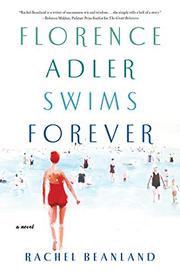 In a darkly comic debut, Beanland tells the story of a Jewish family on the New Jersey coast in 1934.

It begins with tragedy: Florence Adler, while working toward her ambitious goal of becoming the first Jewish woman to swim the English Channel, drowns off the coast of Atlantic City. Shifting ambitiously among seven different third-person perspectives, the novel explores the aftermath of the tragedy as experienced by three generations of the Adler family and those adjacent to it. Florence’s older sister, Fannie, is on bed rest as she prepares to give birth to her third child a year after having lost her second. The Adler family matriarch, Esther, decides it would be best to keep the tragedy from Fannie in order to minimize her risk of losing the baby. As the family fights against all odds to keep this huge secret, other issues are brought to light, from jealousy to hidden romances to shady business dealings. Remarkably, the plot feels coherent despite the seven points of view, but the novel falters thematically; it could have been a sensitive exploration of the sometimes-absurd lengths we'll go to protect the people we love, but it turns into a diffuse attempt to do too much. The novel's events take place in the shadow of the approaching Holocaust, but the author fails to engage meaningfully with it and so it reads like an afterthought. Perhaps Beanland thought writing a story about Jews set in the 1930s that doesn't deal with that tragedy would be frivolous or insensitive, but the result of her half-baked approach is an “add-Holocaust-and-stir” effect that lacks emotional verisimilitude. In addition, some of the Jewish details in the novel are historically dubious if not incorrect. In this regard, it is reminiscent of the hit show The Marvelous Mrs. Maisel; also in this regard, the particularity of the setting may nonetheless be enough to buoy it, particularly for those interested in little-known pieces of American Jewish culture.

A unique if occasionally overreaching novel for lovers of The Marvelous Mrs. Maisel.