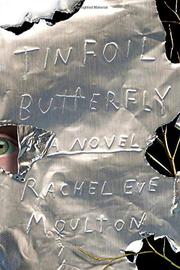 Troubled 22-year-old Emma Powers lands in the middle of a mystery bigger than her own actions when she meets Earl, a feral boy living seemingly alone in the Black Hills of South Dakota, who hides his face behind an elaborate tinfoil mask.

Emma is on the run. Her destination is the Badlands, where she hopes to uphold her end of the suicide pact she made with her stepbrother, Ray. In addition to her filthy Doc Martens and despised “set of double Ds,” she’s carrying with her the baggage of her and Ray’s obsessive relationship, her complicity in his death, the emotional scars of her father’s childhood abandonment, a surgical wound from her recent emergency hysterectomy, and the seeds of a cancer she refuses to treat. She also has a hearty addiction to Vicodin, and, under its fuzzy influence, she hitches a ride with Lowell, a “white dude who thinks tribal tattoos are a grand idea,” who is on his way to kidnap his young daughter and take her to the West Coast. When Lowell’s generally creepy vibe tips over into sexual violence, Emma shoots him and steals his van, leaving him to freeze in the impending blizzard. In search of gas, Emma pulls off at an abandoned diner, and there she meets Earl, an approximately 8-year-old boy who hides behind a tinfoil mask. As Emma struggles to get back on the road, Earl draws her further and further into the secrets that abound in his dark life. We meet George, Earl’s abusive father, whom Earl has attempted to poison with a stolen bottle of Emma’s pills, and learn what exactly is in the cellar Earl would like Emma to throw George into. As the extent of George’s abuse becomes clear, Emma decides to take Earl with her, though she is unclear where her own journey will end—but George and a vengeful Lowell have other plans for them both. Marked by fire and ice, Moulton’s debut insists on upping its ante at every turn. The result is a preponderance of conflagrations that consume not only the ready tinder of the abandoned ghost town Earl calls home, but also all semblance of rational character-building. In spite of the intricate rendering of this cold and remote landscape, the story itself feels false and vague, more like smoke than fire.

An ambitious plot that fails to cohere into either insight or revelation.