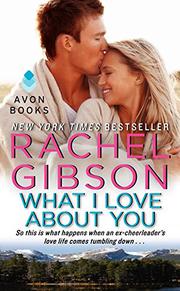 WHAT I LOVE ABOUT YOU

An ex–Navy Seal fighting an addiction thinks he’s seeking peace and quiet in Truly, Idaho, but discovers that what he’s really looking for is the haven living right next door in the form of a beautiful single mom and her mischievous daughter.

Blake Junger is one of the best guns for hire in a dangerous world. But when his casual drinking tips into alcoholism—fueled by an undiagnosed case of PTSD—he knows he has to conquer the addiction or threaten the lives of his colleagues. He’s a certified hero, with a wall full of decorations to prove it, so he’s determined to master this latest challenge through sheer will. He’s come to Truly for fresh air and privacy while he attacks his demons, but his plans go awry when a puppy is foisted on him and he and the little girl next door decide to share custody, much to the annoyance of her mother. Natalie Cooper has avoided men since her ex-husband was sent to prison after stealing money from practically everyone they knew. Raising her daughter on her own has been a struggle, so allowing her sexy new neighbor into their lives risks their hard-won equanimity. She suspects that under that gruff—not to mention Hollywood handsome—exterior lies a wounded warrior’s heart, and every step she takes away from him, he moves closer in, tempting her more. Gibson follows up last year’s Run to You with a return to her popular Truly, Idaho, setting and a tiny peek at past characters fans will enjoy.

An entertaining read, full of witty repartee, sexual tension and a romantic tango between two attracted but conflicted main characters.