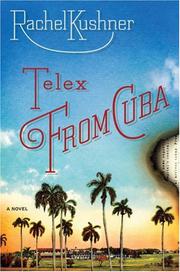 In 1950s Cuba, employees of the vast, powerful United Fruit Company enjoy luxuries galore in their exclusive island communities while poverty and unrest stirs around them. Growing up on United Fruit property, Everly Lederer and K.C. Stites alternately share the stories of their strange, privileged lives. Through the children’s eyes, the social morays, recklessness and fears of the adults are revealed. While the children relay their upbringing in the Oriente Province, an exotic dancer, Rachel K, casts a spell on politicians and rebels alike in a nightclub in Havana. The mysterious Rachel K and one of her patrons, a French traitor, become deeply involved in the growing revolution, which leads them down an accelerating path toward a new and different future. Castro’s coup serves as a riveting backdrop and famous figures, like Fidel and his brother Raúl, populate the narrative. When the revolution reaches the gates of the American community, Everly and K.C. glimpse the world outside their secluded utopia, even as their socialite parents hold fast to their ignorance. The danger and violence of revolution engross Rachel K and the Frenchman, both of whom lack for a homeland, and they seem to thrive off the conflict. For the Americans, this harsh new backlash eventually shatters their previously tranquil lives, and the home they never truly possessed is seized in a flurry of patrimony. Soundly researched and gorgeously written, the creative story also serves as a history lesson.

An imaginative work that brings Cuban-American history to life.