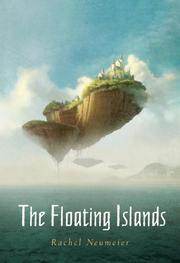 Intelligent, richly detailed fantasy featuring two young cousins battered by losses, personal passions and larger events. Shy, inarticulate, recently orphaned and newly arrived in the aptly named Floating Islands, Trei is transformed by the rare chance to strap on a pair of feathered wings and join the legendary corps of soaring kajuraihi. For his fiercely intense cousin Araenè, constraints on women are but annoying obstacles to be overcome in pursuing first the forbidden (to women) culinary arts and then the magical abilities that well up in her, all unbidden, in the wake of a family tragedy of her own. The arrival of an expanding empire's invasion fleet, augmented by a new, mechanically powered magic, propels Trei and Araenè into actions that test their courage, loyalties and cleverness to the utmost. The author delineates complex characters, geographies and societies alike with a dab hand, deftly weaves them all—along with dragons of several sorts, mouthwatering kitchen talk, flashes of humor and a late-blooming romance—into a suspenseful plot and delivers an outstanding tale that is self-contained but full of promise for sequels. (Fantasy. 12-14)