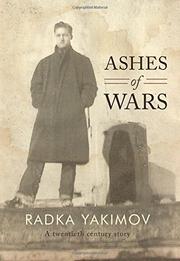 Yakimov tracks several dozen family members through a century’s worth of Balkan history, from 1890 through 2009, through civil strife, two world wars and the collapse of communism.

As in her first book (Dreams and Shadows, 2006), here Yakimov draws on her personal recollections and accounts from relatives and friends to create a full-bodied tapestry of stories, woven into and around the history of Bulgaria. Readers who know little about the Balkan region will learn much, but could improve their understanding by reading some supplemental material as well. After a plodding first section, the second details the 1949 escape of 23 people from Bulgaria, where nationalization was underway, to Yugoslavia, where political uncertainty ruled but freedom seemed more likely. The refugees, most of whom were related to the author, found more hardship in Yugoslavia’s work camps. Ultimately, several of the group emigrated to Canada and the United States, where they found living conditions in stark contrast to those they left behind. Throughout the book, Yakimov’s descriptions place readers firmly in each scene so they can smell the warm earth at harvest time or feel the distrust in a neighbor’s gaze. But while many scenes are alive with details, the characters’ life stories are meted out in too-sparse portions, making it difficult to get a cohesive view of the family and to sort out relationships among the various characters. As the book follows the immigrants in North America, the narrative bounces from country to country, which can be hard to follow. However, in the final section and epilogue, Yakimov wraps the saga in a blanket of unifying questions about endurance, family ties and the fine line between heritage and home. While the work focuses on hardships, hope is a recurring theme.

Yakimov’s book shines in its details, but spreads itself too thin at times.

EAST OF THE WEST
by Miroslav Penkov
Newsletter sign-up