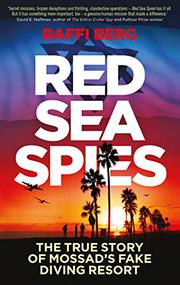 The secret history of how Israel spirited thousands of Ethiopian Jews out of their war-torn country well before it became known in the world press.

Despite the vague and misleading title of this well-crafted investigative report, Berg, the Middle East editor of the BBC News website, tells an amazing story of the dogged behind-the-scenes workings of the Mossad, Israel’s foreign intelligence agency, from the late 1970s to the ’90s. Largely ignored until Menachem Begin, a refugee of Nazi persecution, became prime minister of Israel in 1977, the Ethiopian Jews were a devout minority community whom some considered the descendants of the lost Tribe of Dan. They regarded Jerusalem as their spiritual home and followed the tenets of Judaism, such as circumcision, keeping kosher, and observing the Sabbath—although they still believed the Holy Land was occupied by the Romans. When their security was threatened by the outbreak of wars with Ethiopia’s insurgent neighbors, the Jews became a political pawn between Ethiopia and Israel—the latter spurred by the determined Begin administration to get the lost Jews safely to Israel, by land, air, or sea, from 1979 onward. Led by Mossad and a team that included Ethiopian Jew Ferede Aklum, the Jews, often traded for arms, were spirited through the Arous Village “resort” in Sudan, which the Israelis essentially bought and reconfigured as a ruse for their efforts in the early 1980s. The careful duplicity with which the Mossad agents acted is a marvel to read, and Berg meticulously re-creates the detail and dialogue. Eventually, the U.S. became involved when the refugee crisis worsened in the mid-1980s. From the first secret airlift until 1991, writes the author, who includes helpful maps and a list of the significant characters, 28,695 Ethiopian Jews were transported to Israel, “about 80 percent of their entire community.”