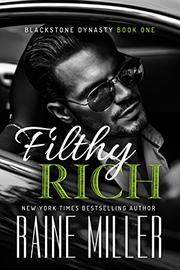 Brooke Casterley is barely holding it together, working two jobs and caring for her aging grandmother. Caleb Blackstone, on the other hand, has everything he could want—money, women, and power. Why does all his success feel so hollow? Could it be that Brooke is what his life is missing?

Brooke works in Boston as an interior design assistant and commutes daily from tiny Blackstone Island, where she lived with her grandmother until her grandmother took a fall and landed temporarily in a therapy facility. She works as a cater waitress in her spare time, as much for the distraction from her tragic past as for the extra money. Caleb's family is enormously wealthy so he's never really wanted for anything that money could buy. He's gorgeous, so he's never needed to pursue women. He's a good businessman, and taking over Blackstone Global Enterprises from his father has kept him busy. But it all feels a little hollow. Until he meets Brooke. He briefly cruises her at Starbucks and then she winds up being a waitress at a charity cocktail event he's attending. When a creepy party patron gets hands-y with her, Brooke breaks his nose and runs away after speaking briefly to Caleb on her way out like a suburban Cinderella. Using all the tools at his disposal, Caleb finds out where she works and sends flowers and then pursues her by hiring her to redecorate his apartment. Brooke's past has convinced her that she's unworthy of romantic love, so it's up to the billionaire playboy to convince her otherwise. Overall, Brooke is an easy heroine to root for. Caleb's romantic stalking, on the other hand, seems more creepy than swoon-inducing. The sex scenes are pretty hot though.

More steamy than dreamy. Do yourself a favor and skip to the good parts.