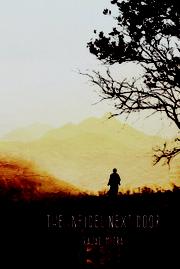 THE INFIDEL NEXT DOOR

Mitra’s sprawling debut novel set in 1989 tells of a Hindu priest who tries to re-establish a temple in conflict-ridden Kashmir and of some of his Muslim neighbors.

“A few memories stay as silent shadows in our lives to haunt us for generations,” this book begins. Indeed, the past weighs on Aditya, a young Hindu priest from Benares, India, as well as on three Kashmiri Muslims: Anwar; his sister, Zeba; and his friend Javed. Aditya is an advocate for the rights of outcasts, although his father tells him that people from the untouchable caste don’t “have feelings and won’t understand gratitude.” As a young man, he’s persuaded by his mentor to go to Kashmir to reopen a Hindu temple that was destroyed by Muslims centuries earlier. Anwar, the son of the imam of a mosque next to the temple ruins, is growing increasingly militant despite his father’s and Javed’s calls for peace and tolerance. But Aditya’s arrival sets the plot in motion; his restoration of the temple angers local Muslims and also irritates the local police, who must keep order. When Zeba develops an obvious crush on Aditya, anger turns to fury, and as a tide of ethnic cleansing rises, the temple is burned and an injured Aditya must flee. Anwar comes to regret his role in the violence, which soon turns on fellow Muslims who aren’t considered radical enough. The accounts of brutality, though not gratuitous, are often difficult to read. But as Mitra unsparingly depicts the crimes committed by Kashmiri Muslims against Hindus, he effectively argues against radicalism in all religions. The characters are sympathetic, and their depictions convey many intricacies of a culture that will likely be unfamiliar to many Americans; that said, a little more background information might have been helpful. As the plot moves toward its conclusion, readers will likely agree with Aditya when he says that “Memory is our only tool against the falsification of history.” Despite all the terrible events depicted in this story, its ending is still faintly hopeful.

A moving, melancholy story about history, hatred, and the never-ending battle between tolerance and bigotry.