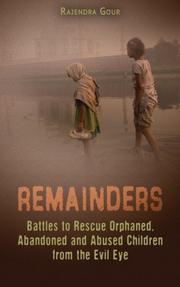 A separated brother and sister, tragically abused and orphaned, long to be reunited in this tale for middle-grade readers.

In an impoverished town in India, two young children watch their father beat their mother to death. Seeing the pair left with only their drunken, abusive father, a neighbor quickly intervenes, sending Meena and Azaad to a convent where they will be fed and clothed by a group of generous nuns. Clinging to each other, the two children recall their kind and loving mother playing the harmonica she gave Azaad. While at the orphanage, Meena catches the eye of an infertile couple hoping to adopt a young girl, and she’s whisked away to Malaysia. As Meena begins a new life filled with love and promise, she desperately misses her brother who, unbeknownst to her, has been transferred to a new orphanage—one that is harsh and abusive. Azaad escapes the orphanage only to find himself in the clutches of the criminal Big Eye, a con artist who uses orphaned children to beg for money on the streets. The promise of food and shelter tempts Azaad, but he soon realizes he’ll need to risk his life to find a new home. And he won’t feel settled until he finds his sister. The two siblings, in their efforts to find each other, form new friendships and connections and discover hidden talents. Told simply and in an understated fashion, the story of Meena and Azaad speaks to the bond between two siblings who cannot find happiness without knowing the other is safe. The children’s bravery and commitment to each other makes for a touching and suspenseful read.

A poignant story that highlights the depth of a sibling’s love.