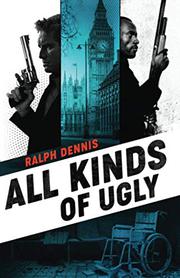 ALL KINDS OF UGLY

Former Atlanta cop and sometime investigator Jim Hardman doesn’t realize how his own life will change when he agrees to look for the grandson of a wealthy Georgia family.

Powerful, wealthy, and politically connected Harrison Gault’s grandson, also Harrison, is supposedly in London, but no one has heard from him. The Gault family lawyer asks Hardman to fly over and see what he can find out. (This being the 1970s, cellphones aren’t an option.) Once there, Hardman discovers several hints and also meets Anna, a mysterious young Polish woman. But when both Hardman and Anna are back in Atlanta, things go from bad to worse, with lies, drugs, and money complicating everything. This novel is the 13th and final book in a series that was published in the 1970s (The Buy Back Blues, 1977, etc.). The author died in 1988, and thriller writer Lee Goldberg, a fan, found, edited, and published this current volume through Brash Books, a small press he initially co-founded expressly to bring Dennis' work back into print. Considering the excellent prose and Chandler-esque dialogue, it’s surprising that Dennis never found acclaim.

Tight plotting and a hero resembling Philip Marlowe; readers will want to discover the earlier books in this lost series.