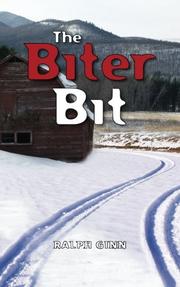 Private investigator Roberta Sniff hunts her fiance’s killer while trying to get a sports star out of prison for a crime he didn’t commit in this thriller/erotic fantasy by Ginn (Clover Fields, 2011).

Roberta is a piece of work, a violent, hyper-sexual woman who doesn’t let the death of her fiance, Greg Woo, keep her from sleeping with every other eligible male around, including her former partner on the police force. She makes a deal with a closeted gay politician, Burley Grimes, to find his former lover Julius Quick, who has sex videos of the two. Roberta exacts a promise from Grimes that he won’t assassinate Quick if she finds him and is not surprised when that promise is broken several months later. Meanwhile, basketball phenom Steve Morelli, convicted of murdering his fiancee, golf star Penelope Corker, is writing his tale of obsessive love and sports stardom in jail, with only a cat named Yardley for company. The novel makes dizzying leaps of chronology, from Morelli’s tale in the clink to Roberta’s search for a drug kingpin and his hired hit man and, later in the book, to the life of a murderous, homophobic Southern farmer. The women in Ginn’s world are all aching for sex and seem to have no problem dressing provocatively and even stripping during their workdays. These women also spend an unrealistic amount of time placating and talking about the desirability of their men. This constant focus on sex stalls the plot, which becomes more repugnant than seductive as the story moves on. The jargon-heavy sports scenes alternate with the sexual scenes for most of the book, and Wall Street con men also make an appearance to further muddy the waters of this patchwork narrative. The stuttering prose has a number of spelling mistakes and grammatical blunders.

An unbelievable, testosterone-fueled tale of promiscuous women and violent men.