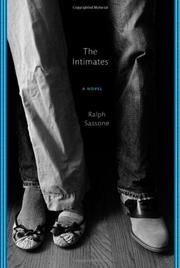 In this first novel, high-school friends Maize and Robbie attempt sex, but Robbie has much to learn about his sexual identity. They drift apart until a chance meeting brings them back together as fast friends who entrust one another with every detail of their lives.

Everything, that is, except the crush Maize had on her high-school counselor, which amounted to nil but about which she continues even as an adult to obsess. Then there was a sexual escapade with the man who conducted a college-entrance interview. Robbie’s only lapse in full disclosure is the loss of his virginity to a male college professor who turned resentful after Robbie ended it. Robbie visits his divorced father in Italy, where he wanders aimlessly and tails his father’s new woman, imagining she’s cheating on his dad. Then it’s back to New York to his internship at a paper, where he rues his underpayment and lack of respect from the staff, due, he believes, to his elevated tastes and lack of hipness. Maize, meanwhile, submits to demeaning on-the-job treatment from her abusive realtor boss while she pines for a red-headed musician co-worker. When Maize catches her boss stealing from clients, he fires her. Robbie and Maize are caricatures, filling pages with adolescent, naïve meditations on love and life, which Maize scribbles furtively in her diary while imagining the professional writer she’ll one day become. Hapless analogies provide unintentional comedy in the overall aimless text: “his amber-colored mustache furrowed and lifted like an alert.” “He was paralyzed the way someone having a stroke is suddenly paralyzed.” Robbie comes to see that his father isn’t as bad as he thought, and even his mother, bitter throughout, experiences a last-minute change of heart, but these tacked-on transformations only add false sentimentality to the mix.