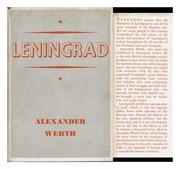 WHAT BLACK PEOPLE SHOULD DO NOW

Dispatches from Near the Vanguard

The answer to the titular query is: "Drive the hard bargain.'' Wiley takes his own advice, never taking no for an answer, always jabbing, testing, looking for the edge. There's a lot that he hates—much of it is white—and he makes no bones about it. This leads him into some embarrassing corners, as when he defends Afrocentrism via crude, often racial attacks on Arthur Schlesinger, Allan Bloom, and Saul Bellow ("No matter to me that Saul won the Nobel Prize. Who gave it out? More White men'') while saving a kind word for Lionel Jeffries. Better are his pieces on people with whom he sympathizes, especially Spike Lee (whose Malcolm X he vigorously defends in the course of a long, penetrating profile) and Mike Tyson (who's "slowly being destroyed for the pleasure and leisure of voyeurs...Tyson is not the first 25-year-old man to want a little nookie at 2 a.m.''). Best, perhaps, are Wiley's sports pieces, mostly about baseball, where his prose catches fire ("Jack drove a white-blur nail into God's sky, blasted a line-drive homer over the wall in left, deep into the bleachers and many hearts''). Other pieces, all seething with feeling, touch on topics as diverse as Steven Seagal, the Rodney King trial, The Silence of the Lambs, Richard Pryor, and the literary insights of Paul Horgan.

A rude, rousing defense and celebration of African-American culture.