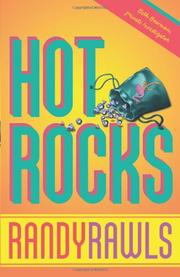 A South Florida private eye’s first recorded case involves a client who isn’t a client getting evidence against a cheating husband who isn’t her husband and probably isn’t even cheating.

When she wakes up on the floor of a hotel room next to the corpse of Hector Garcia, the philandering spouse she’d been tailing, PI Beth Bowman naturally phones the police. It’s not only her civic responsibility; it’s the logical next step in her report to her client, Hector’s wife Maria. The only problem is that Detectives Dick Bannon and Major Sargent (yup, that’s right) don’t believe a word she says. And no wonder, since Garcia was shot to death with Beth’s own gun; all the evidence that Maria Garcia ever hired her has vanished from her handbag; and the dead man is actually one Benjamin Jacobs. It’s a setup, of course, and one that’s entrapped both Beth and her quarry. Since nothing that follows in this sunlit mystery turns out to be very mysterious, it’s not giving too much away to say that the motive for the Jacobs killing is a stash of jewels hijacked from a crime boss who calls himself Mr. T., and that Beth, backed up by ardent neurologist Dr. David Rasmussen and an unexpected army of homeless helpers, is fully equal to the task of outwitting the bad guys.

Designed, like the Spenser novels, mostly to show off how tough and smart-mouthed the detective is. On the plus side, you’ll learn a dandy way to extract information from unwilling informants without leaving any marks—and without spending more than a few dollars to purchase an item commonly available from any stationery store.