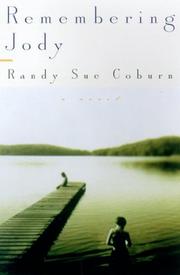 Conventional debut about a schizophrenic who almost topples friends, lovers, and family. Visiting her boyfriend Paul in Seattle (should she really give up her home in D.C. and move in with him?), magazine writer Marsha Rose is shocked when she glances from Paul’s apartment window and spies her childhood friend Jody below. A stranger to him since the onset of his schizophrenia ten years before, Marsha rushes down to discover a Jody who is only semi-lucid. As if mimicking Jody’s confusion, Marsha’s narrative splits in two, one half taking a linear path that returns her and Jody to their childhood home in South Carolina, the other remembering Jody as the attractive, healthy boy he once was. The isolation of growing up Jewish in a small southern town is what once had served to bring Marsha and Jody together. But after Jody became ill (and Marsha blamed herself for it), all she came to be left with are memories and random anecdotes of his mental disarray. After his brief stay in a Seattle hospital for cutting himself while under her care, it becomes Marsha’s melancholy job to take him back to South Carolina, probably to life in an institution. The trip also gives her an excuse to separate from Paul, now grown wary of her entanglement with Jody. Once he’s home and back on medication, Jody’s mind clarifies, as does Marsha’s when she begins to reconsider the state of her family: her parents— disgruntled marriage, the atrophy of her hometown, the prosaic lives of those she left behind. But her cathartic journey north (she resolves to move in with Paul; Jody is able to live on his own) seems more literary than emotional as Coburn emphasizes the clinical over the human aspect of mental illness, ultimately distancing the reader. Competent, but curiously little emotion comes through in spite of the subject at hand.