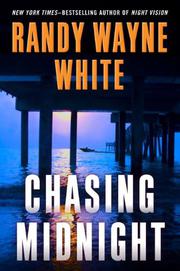 Can Doc foil them? It’s a tall order, since the no-goods involved are rich, powerful and exceptionally amoral. On the other hand, Doc’s not your run-of-the-mill marine biologist either. He has skill sets mostly found among the Special Forces population, especially those licensed to kill. It’s a place not unfamiliar to Doc. During certain unexplained absences from his customary Florida haunts—Sanibel Island, Dinkin's Bay—he’s gone there at the behest of a grateful government. Meanwhile, to the billion-dollar caviar trade, the beluga sturgeon is the sine qua non, and on Vanderbilt Island, not far from Sanibel, interested parties are convening to discuss various means of exploitation. Doc, who views the sturgeon protectively and the “often corrupt caviar industry” with marked suspicion, has wangled an invitation. As has Tomlinson, his erratic, beyond-brilliant friend and companion through 18 previous adventures (Night Vision, 2011, etc.). That turns out to be a fateful decision. Suddenly, an explosion rips through Vanderbilt, taking out its communications capability and placing it under the control of a weird but well-armed extremist group named the Third Planet Peace Force. Unless its demands are met, Third Planet Peace Force will kill a hostage an hour, beginning at midnight. Can Doc and Tomlinson rise to the challenge, thwart the terrorists and save the beluga? White’s fans will eat this one up.