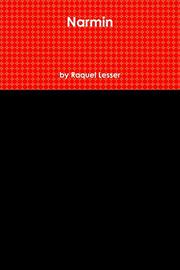 A young boy determined to save his sister succumbs to a malevolent woman’s deceit in this novella.

When Anna Emmet Wise of Elmer’s village inexplicably disappears, her parents don’t initially tell her 9-year-old brother, Derek Clark. But Derek soon learns what’s happened and vows to find his sister. Since he’s a mere Amcler (beginning dragon slayer) and can only now use magic legally, he borrows a “spell-binding” book belonging to a friend’s dad. Surprisingly, he easily dispatches the first dragon he encounters. Derek later gets unfortunate news: Someone, or something, actually murdered Anna. But revenge against her killer is possible, according to a strange woman, who readers eventually discover is “the evil witch.” She tells Derek he’s more formidable than he believes, even more than his father, Sorcerer Blans, who’s at the highest level of power as a Narmin. Evidently, Derek is capable of dark magic and therefore can save Anna. This requires much power, which the wicked witch says he can attain by killing others. Her plan is diabolical but not without purpose, and soon the people in Elmer’s village will have to identify a villain to eradicate if they hope to vanquish evil. Lesser’s (If I Could Fly, 2012, etc.) straightforward writing style minimizes details, like physical descriptions and the environment. But this results in a speedy tempo for the fantasy, which introduces a handful of characters and effortlessly manages an 11-year time jump. Despite the novella’s brevity, the sinister witch’s scheme is astoundingly intricate, though coherent, while the author provides the character with an absorbing backstory and adds more than one effective twist near the end. Alas, a strong editor would have greatly benefited this tale, which features persistent errors (“evil wish” instead of witch; “lightening” instead of lightning; “I would of face death”; “Blans began to past”). These sometimes necessitate rereading sentences or whole passages (“The last thing I remember is that” Derek “wanted to found Anna”) or prove outright confusing (The first name of one of Derek’s friends alternates between Nickerson and Nicholson).

A brisk, entertaining but messy fantasy.