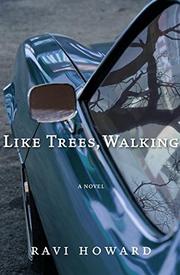 Looking back from the present to his final year of high school, Roy Deacon recalls an almost idyllic time when his life in Alabama seemed to revolve around solid and sensible choices. The son of hardworking members of Mobile’s black middle-class, Roy could count on the respect of his neighbors, the support of his community and the quiet pride his family took in his academic achievements. But he also knew his father expected him to join the family business and become an undertaker. Roy, a thoughtful and self-contained young man, made no overt protest against this predestined career, but all the same, he remembers longing for a more exciting and dramatic life—the sort his much-admired brother Paul seemed poised to enjoy. The comfortable rhythms of Roy’s neighborhood are suddenly shattered when his brother Paul finds one of their friends lynched. The crime shakes the foundations of the black community, precipitating a series of wrenching questions: How can a young black man be lynched in 1981? Is it possible to escape the burdens of family history? Of regional and racial history? Is progress possible? The novel’s setup is provocative, but Roy is too slight a character to bear the weight, as narrator, of the questions the author wants to raise. Remote when he means to be ruminative, he seems never to fully focus the passion and confusion he is describing. Indeed, the inevitable plot twist at the end loses some of its force because Roy seems such a detached and unobservant witness to the personal toll exacted by historical injustice. Howard has a nice ear for dialogue and generates a cast of sympathetic secondary characters, but the story plods along without any sense of the dramatic tension that underwrites almost all of its events.