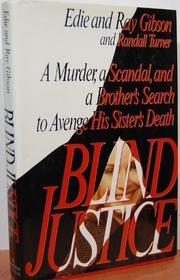 A Murder, a Scandal, and a Brother's Search to Avenge His Sister's Death

A lackluster account of the murder of a swinging Illinois housewife/community activist, by a pair of Chicago Tribune reporters writing with the victim's brother. Thirty-five-year-old Dianne Masters was unhappily married to Alan Masters, a highly successful lawyer with few scruples and many connections with members of the underworld, bent cops, bribable judges, and corrupt politicos. For three months, Dianne had been having a torrid affair—steamy assignations in seamy motels, hurried couplings in parked cars—with a college professor. Then, on March 19, 1982, two days before she was scheduled to file for divorce, she disappeared. Six months later, Dianne's Cadillac was pulled from the waters of a Chicago canal; her body, beaten and shot, was found crammed into the trunk. The subsequent investigation was desultory at best; leads were not followed up, the people involved were only cursorily questioned. To Dianne's brother, it was apparent that Masters, fearing that Dianne would reveal his shady dealings during divorce testimony, had masterminded the killing and that his connections were engaged in a cover-up. It wasn't until the FBI was called in and several honest investigators assigned that progress was made in unraveling the case. Seven years after the murder, Masters and two accomplices were charged with the crime. The jury found Masters guilty of conspiracy to murder and sentenced him to 40 years in prison, his co-defendants to lesser sentences. Although the Gibsons and Turner attempt to portray Dianne sympathetically, from the bald evidence here she comes across as shallow, headstrong, and self-destructive. With greater objectivity, the authors might have produced a devastating portrait of a woman whose skewed vision of ``liberation'' led her not to the fulfillment she imagined but to violence and death. As it is, they have come up with a merely tepid true-crime tale. (Eight pages of b&w photographs—not seen.)