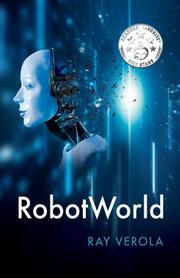 A salesman at a robot-production corporation who knows too much may lose considerably more than his job in this sci-fi outing.

Taylor Morris is the most successful sales executive at RobotWorld, a manufacturer of industrial and personal robots. The company is prospering in the late 21st century, years after World War III devastated much of the world. While the former U.S. is primarily a wasteland, the survivors live and work in what’s called the Northeast Sector. By all appearances, Taylor is content: His pay is substantial, and the socially awkward man has a companion in Jennifer, a live-in, lifelike RW robot. But Taylor doesn’t shy away from voicing his strong opinions, such as his belief that Arthur Toback, the Northeast Sector’s supreme leader, is a fraud. When he expresses a dread that RW’s bots will adversely affect human employment and relationships, his supervisor, Sophia Ross, is irate and ultimately fires him. Being out of a job makes Taylor’s addiction to the drug Serenity an even larger burden, but his problems subsequently escalate. As there’s a good chance Taylor has seen something he wasn’t supposed to, Sophia decides that it would be easier if someone were to terminate him—permanently. Verola’s (Torpedo, 2012, etc.) solid thriller is set in a believable futuristic world. Technology, for one, is plausible, like personal transport vehicles’ autopilot feature, which is merely an option. The genre’s traditional fear of machines taking over is prevalent, but both humans and robots in this tale offer surprises. Some people aiding Sophia, for example, are doing so reluctantly, and not all of Taylor’s allies are trustworthy. Incidentally, Taylor has a “higher power of intuition,” a rare ability that has little impact within the narrative. A voice he dubs George provides clear-cut advice and insight only sporadically, and it doesn’t always put Taylor at ease. But supporting characters stand out, particularly the women: Sophia and Taylor’s executive assistant and friend, Roz Troward.

A proficient story that addresses the human-robot quandary in an entertaining fashion.