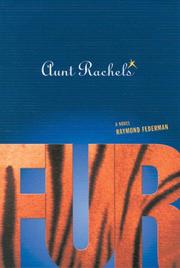 Federman (To Whom It May Concern, 1990, etc.) continues to explore the impact of the Holocaust on France, as well as the nature of fiction narrative.

Subtitled “a novel improvised in sad laughter,” Federman’s latest is a monologue spoken by a would-be novelist, Rémond Namredef (spell it backwards—get it?) to a “professional listener” who turns out to be a French Jew named Federman. Namredef is in Paris once again after ten years in the US, during which time he worked on an assembly line in Detroit, played jazz saxophone, and bummed around the country, finally living off a rich Bostonian by the name of Susan. Or so he says. He’s back in France now because he’s been unable to make a go of a writing career in America and is trying to sell his English-language novel about a novelist writing a novel while closeted with a year’s supply of pasta. The title? A Time of Noodles. The story he tells the listener (unnamed until the last few paragraphs) is a convoluted, digression-filled tale about his own Jewish family. His rich aunts and uncles survived the “Unforgivable Enormity,” as he calls it, by hiding in the free zone, while his own family was wiped out by the collaborators and the Nazis. Now he has also returned to taunt the relatives like a bad conscience. All of this is interspersed with a cascading babble (or Babel) of sexual episodes, scatological humor, and pontifications on art, literature, and French and American societies, delivered in a feverish mix of American slang speckled with French argot. The end product is an unholy mixture of Charles Bukowski, Henry Miller, and James Kelman, heavy on the pompous ponderousness of the former, without the wit or passion of the latter two.