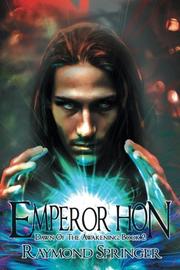 Dawn of the Awakening Book 2

Zachary sleeps little, ages quickly, and uses a wheelchair while living in a facility that trains children to be soldiers. Although Zachary would love to play baseball like a nondisabled kid, his fate is intertwined with those of the others in the facility he calls home, which doesn’t include any time on the field. The children may get treated to occasional movie night screenings of Avatar or Caddyshack, but their focus is on military tactics and the development of supernatural powers. The children learn from adults called Ascendants who help them develop gifts that range from telepathy to the ability to change the molecular structure of an object. This training culminates in a contest that pits two teams of children against each other. It will require quick thinking as well as the use of the powers the children have been working so hard to harness. One team is led by Zachary, who by that point no longer uses his wheelchair, while the other is led by his rival, a sinister youngster named Victor. Will Zachary and his team learn to harness their burgeoning abilities and work together? The idea of gifted youngsters joining forces may be a well-trod path, but the novel incorporates many nuanced issues (sometimes ham-handedly: Zachary uses a wheelchair, but he only realizes his goals upon leaving it). The Ascendants have their own special powers, but they are far from content with their situation. While the dialogue isn’t always inspired (“Teamwork will be the key to winning”), a substantive plot keeps the pages turning. Whether or not Zachary and his team win the competition (and whether or not teamwork is the key to that victory) takes a back seat to the uncanny, imaginative details of the world in which such a competition exists. Who exactly is this emperor everyone is serving and what are his plans? Such questions keep the story thrumming until the very end.