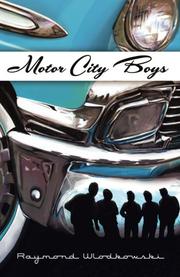 Debut novelist Wlodkowski doesn’t tell the boys’ story chronologically but in vignettes arranged around themes such as “Romance” and “Fear and Courage.” The first introduces the five boys and how they got their nicknames: Lightning, Horsehair, Third Grade, the Bush and Flyer. (Flyer is the narrator, but, oddly, readers learn the least about him.) Each chapter starts with Flyer looking back, addressing the reader from an unspecified future time. Teenage readers may relate to some of the dialogue: “We weren’t supposed to fall in love, at least not like adults do….Just a fling…not something that could bury us or warp us for the rest of our lives. Well, that was royal BS.” The opening of the chapter “Oblong Ball”, however, may put off readers who don’t like sports: “Like the American old west, football offers young men one of the few frontiers in which primitive rituals can be undertaken to test one’s courage.” Throughout, the five teens experience team sports, disagreements with each other, drunkenness, turf wars and sex with girls. Horsehair’s mother dies, and the Bush struggles with a potential stepfather. Wlodkowski’s dialogue is often believable but sometimes a bit stilted, as when the profanity-prone Lightning says, “I think the time has come for some action between me and Barbara Bayer….she’s looking even better this year than last.” Although some plot threads progress from chapter to chapter, the thematic organization of the novel weakens the overall story arc. That said, the novel does effectively illustrate Flyer’s final observation that “friends stay with us and continue to create us beyond any moment or place in time.”

An ambitious novel that may appeal most to adult readers looking back on their high-school experiences.