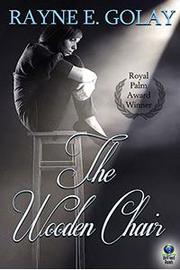 Golay’s (Life is a Foreign Language, 2006) sophomore novel examines the tumultuous relationship between a woman and her abusive, alcoholic mother.

The police officer who finds 4-year-old Leini Bauman singing for change in a crowded Helsinki marketplace doesn’t realize she was left there on purpose—by her own mother. The year is 1943, two years after the start of the Continuation War, Finland’s conflict with the Soviet Union, and most of the country’s food and supplies have been sent to the soldiers. Leini’s father is off to war, leaving her in the sole care of Mira, her resentful and physically and emotionally abusive mother. Leini soon learns, however, that it is not the impoverishment and chaos of the war that incite Mira’s contemptuous behavior, for it continues even after her father’s safe return from his war duties. Despite his love and that of her grandparents, uncle and later friends and husband, Leini suffers from nightmares and an inability to trust others. Only when faced with impending motherhood does she seek counseling to face her past and stop the suppression of her anger. Winner of the Royal Palm Literary Award, Golay’s story is told in affecting prose. Revealed over the span of decades, it focuses on a few key spans of Leini’s life and the pivotal moments between her and Mira. However, the abruptness of the time jumps occasionally creates a sense of distance from the characters and disorientation from the plot. Also, readers may be at a loss to fathom Mira’s motives, as she seems to loathe her daughter only because she thinks Leini looks “nothing like me at all.” Leini eventually learns that her mother has a somewhat dark history, but Mira’s vitriol is so unwavering that rare moments of kindness, or merely the absence of cruelty, come as a surprise to Leini and no doubt to readers. Eventually, Leini discovers why other family members allowed the abuse to continue for so long, yet Mira herself remains largely a mystery. Perhaps, though, Golay has left the door open for another chapter (a prequel about Mira’s childhood?), in which case she’s at no loss for material.

Although sometimes in life there are no answers, readers may still yearn for them in this dramatic family saga.