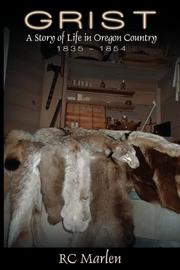 Inspired by real-life pioneers, Marlen’s (Inside the Hatboxes, 2008, etc.) historical novel offers an unflinching look at life on the Oregon frontier.

Disgraced alcoholic physician William Bailey arrives in Oregon Country in 1835 hoping that life on the wild edge of North America might tame his demons. He quickly builds a life for himself among the Native Americans and French fur trappers along the banks of the Willamette River. Meanwhile, in Massachusetts, Margaret Jewett Bailey struggles to reconcile her Methodist faith with her fiery passions. Her restlessness inspires her to “sacrifice every earthly object” and become a missionary. Against her family’s objections, she makes the arduous journey to Oregon. There, she falls in love with William, and these two troubled, difficult people struggle to make a life together in a harsh, unforgiving environment. Marlen’s story is inspired by historical events: William was an early political leader in Oregon; Margaret wrote a thinly veiled autobiography, the first novel published in the region. Research is extensive (photographs and copies of Margaret’s letters accompany the text), and Marlen carefully marries historical truths with the fictional embellishments. Yet attempts to accurately depict the past occasionally veer toward the didactic, as when, on their wedding day, Bailey pauses to define an unfamiliar local term for Margaret: “Do you know about [a capote]?...It’s a coat made from a wool blanket. All the French Canadian trappers use them; they’re usually made from a Hudson’s Bay Company point blankets.” Extensive back story in the first half causes the book to drag: Margaret and William don’t meet until the book’s midpoint, and their courtship is brief and hurried. Their married life gets more attention, and this is no sugarcoated view of frontier romance. William’s Jekyll-and-Hyde personality—kind and thoughtful when sober, cruel and violent when drunk—dooms the relationship. After years of abuse, Margaret files for divorce, a bold move that mirrors her earlier efforts to escape her controlling father. She may be headstrong and selfish, but her fiery independence serves her well in an environment where the old rules don’t survive.

More successful as history than fiction, which should intrigue readers with an interest in Oregon’s past.