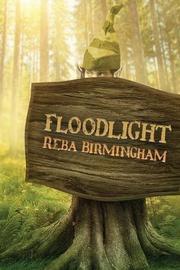 The lives of two lesbian couples are turned upside down when one of the women is apparently kidnapped into a world of magic in this contemporary fantasy novel.

Tax preparer Panda Fowler thinks that the most stressful thing in her life is the April 15 tax deadline to file her clients’ 1040s. She’s a bit of a stick in the mud, but her loving wife, Mitzi Fowler, and their two married best friends, Valerie and Juniper Gooden, drag her out of her office to an art show for some much-needed fun. Then Panda and Mitzi start finding cryptic invitations to a place called the Hercynian Forest—and then Mitzi goes missing. An elf appears, who lets them know that Mitzi is in the aforementioned forest, in Germany, ostensibly to help protect the elves there. The women mount a rescue mission, and guardian elves help them travel overseas. Yet trouble is brewing back in their hometown of Merryville, California; the police are looking into Mitzi’s disappearance and suspect Panda of foul play. Can Panda find the courage to rescue her wife? And if she does, will their lives ever be the same? In this first novel in a projected fantasy series, debut novelist Birmingham’s LGBTQ representation among the cast is refreshing. She parallels the fictional cult with the patriarchy, and she compares interspecies relationships in the fantasy world with LGBTQ relationships in ours. But although gay couples abound in both the human and magical worlds, the characters get lost in a complicated plot that doesn’t do justice to its feminist themes. Again and again, the story falls into tropes and clichés; the villain is affably evil, harming his henchmen and smiling cruelly while he plots world domination, and Birmingham’s protagonists engage in fluff dialogue—with phrases such as “Let’s roll!” or “Spill it” and “Back atcha”—that cause all four leads to begin to sound the same. It doesn’t help that Birmingham divides her attention between the plot to stop the cult and the ongoing police investigation in Merryville, which also involves an art museum and local corruption.

A necessary feminist and LGBTQ fantasy that gets lost in convoluted storytelling.