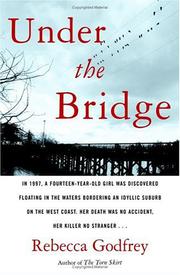 Godfrey reconstructs a horrific murder with a vividness found in the finest fiction, without ever sacrificing journalistic integrity.

The novel The Torn Skirt (2002) showed how well the author could capture the roiling inner life of a teenager. She brings that sensibility to bear in this account of the 1997 murder of a 14-year-old girl in British Columbia, a crime for which seven teenage girls and one boy were charged. While there’s no more over-tilled literary soil than that of the shocking murder in a small town, Godfrey manages to portray working-class View Royal in a fresh manner. The victim, Reena Virk, was a problematic kid. Rebelling against her Indian parents’ strict religiosity, she desperately mimicked the wannabe gangsta mannerisms of her female schoolmates, who repaid her idolization by ignoring her. The circumstances leading up to the murder seem completely trivial: a stolen address book, a crush on the wrong guy. But popular girls like Josephine and Kelly had created a vast, imaginary world (mostly stolen from mafia movies and hip-hop) in which they were wildly desired and feared. In this overheated milieu, reality was only a distant memory, and everything was allowed. The murder and cover-up are chilling. Godfrey parcels out details piecemeal in the words of the teens who took part or simply watched. None of them seemed to quite comprehend what was going on, why it happened or even—in a few cases—what the big deal was. The tone veers close to melodrama, but in this context it works, since the author is telling the story from the inside out, trying to approximate the relentlessly self-dramatizing world these kids inhabited. Given most readers’ preference for easily explained and neatly concluded crime narratives, Godfrey’s resolute refusal to impose false order on the chaos of a murder spawned by rumors and lies is commendable.

A tour-de-force of true crime reportage.