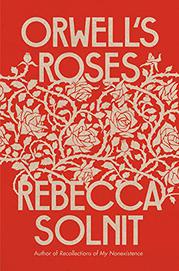 A fresh perspective on the iconic writer.

Perhaps the greatest political writer of modern times was also an avid gardener. It might seem contrived to build a biography around his passion, but this is Solnit—a winner of the Kirkus Prize and National Book Critics Circle Award, among many other honors—so it succeeds. Certain that democratic socialism represented the only humane political system, Orwell lived among other like-minded leftists whose shortcomings infuriated him—especially (most being middle-class) their ignorance of poverty and (this being the 1930s and 1940s) their irrational attraction to a particularly nasty delusion in Stalin’s regime. “Much of the left of the first half of the twentieth century was akin to someone who has fallen in love, and whose beloved has become increasingly monstrous and controlling,” writes Solnit. “A stunning number of the leading artists and intellectuals of that era chose to stay with the monster—though unlike an abusive relationship, the victim was for the most part not these ardent lovers but the powerless people of the USSR and its satellites.” Unlike many idealists, Orwell never assumed that it was demeaning to enjoy yourself while remaining attuned to the suffering of others, and he made no secret of his love of gardening. Wherever he lived, he worked hard to plant a large garden with flowers as well as vegetables and fruit. Solnit emphasizes this side of his life with frequent detours into horticultural topics with political lessons. She also chronicles her visits to the source of most American flowers: massive greenhouse factories in South America, especially Colombia, which grows 80% of the roses sold in the U.S. The author grippingly describes Stalin’s grotesque plan to improve Soviet food production through wacky, quasi-Marxist genetics, and readers will be fascinated to learn about artists, writers, and photographers whose work mixes plants and social reform.

A fine Orwell biography with equally fine diversions into his favorite leisure activity.