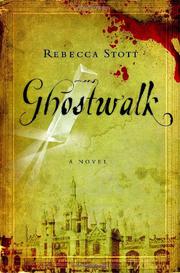 In Stott’s fiction debut (Darwin and the Barnacle, 2003, etc.), writer Lydia Brooke agrees to complete the unfinished manuscript left behind by her former lover’s dead mother, and she enters a world where the dead do not go gently into the night.

Cambridge University’s Trinity College provides the setting for this spellbinding tale that intertwines a dark 17th-century journey with the present. Lydia, a successful writer, returns to Cambridge to attend the funeral of Elizabeth Vogelsang, whose fascination with Sir Isaac Newton led her to write a potentially controversial book about the scientific and mathematical genius. But Elizabeth’s investigation into Newton’s life and his practice of alchemy has gone wrong. Found dead in the river with a prism clutched in her hand, Elizabeth leaves behind a meticulously researched manuscript, missing its final chapter. Cameron Brown, Elizabeth’s brilliant neuroscientist son and Lydia’s former lover, compels Lydia to ghostwrite the last chapter and finish his mother’s book. Drawn to both Cameron and the project, Lydia acquiesces and moves into Elizabeth’s cottage, with its strange, unexplained lights and colors that appear to come from nowhere. Here she meets an odd girl named Will and an even odder friend of Elizabeth’s who claims to speak with the dead. Lydia also pursues a relationship with the married Cameron, who is stalked by a violent animal-rights group that objects to his use of laboratory animals. Stott embroils Lydia in a past steeped in the mysticism of alchemy and plagued by black ambition. Intrigue from Newton’s past creeps into the present, eventually sweeping both Lydia and Cameron into a series of climactic events suspended somewhere between life and death. Stott’s compelling style acts as a counterpoint to the scientific and historical components of this haunting literary mystery/thriller.

Stott skillfully binds fact with fiction in an insightful story that surprises and intrigues.