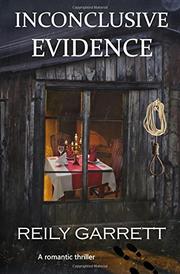 From the McAllister Justice Series series

This third volume of a series finds a family of lawmen—and a veterinarian—trying to thwart a scheme to manipulate the populace with microchips.

Megan Chauner is a veterinarian in the Portland, Oregon, area. When she receives a strange package from her best friend, investigative reporter Jackie Milburn, she follows its instructions. Megan pulls up stakes and rents a remote cabin, hoping to keep the package—containing evidence of unethical work performed by CSV Pharmaceuticals—secure. The company's research revolves around quantum tunneling and carbon nano tubes as drug delivery systems. When Megan learns that Jackie has been killed, she fears that she’s next. Heavy footsteps arrive outside the cabin, and she and Leyna, a white shepherd dog, stand ready. But the grizzly sized man who’s arrived is none other than Detective Lucas McAllister, part-time resident of the cabin. Still wounded from the gang-related ambush that killed his partner, Lucas is easily tranquilized and trussed up by Megan. After a cooling-off period, he decides to help her investigate the sinister plans of CSV and the company ClickChip, which makes implantable chips that can dissolve inside a living organism, leaving no trace of the owner’s manipulation. But Lucas has lost one partner in the line of duty. Does he dare place another in jeopardy? Though the sex jokes fly with campy abandon, Garrett (Bound by Shadows, 2017, etc.) ensures that the hero’s emotional healing remains the backbone of the narrative. In the first half, readers will likely titter at the verbal foreplay between Megan and Lucas, as when she says, “Make it quick, since that’s probably your trademark.” Despite an instant physical attraction, their romance develops organically. Later the McAllister clan appears, including Caden, Ethan, and Billy, as well as Lexi Donovan, the hacker from Digital Velocity (2017). Garrett keeps the science components accessible, as in the line “The chip is a polymer that dissolves when the temperature drops, as in when the animal dies.” Those unfamiliar with the McAllisters should enjoy this installment, though a full series read will deliver the maximum emotional impact.

A playful, well-researched thriller that remains romantically genuine throughout.