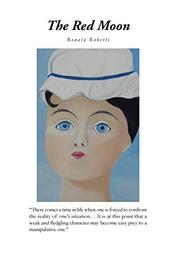 In this murder mystery, dowdy Jane Althauss becomes a suspect in the death of her husband following the return of her glamorous college roommate.

It’s 1994, and “short and podgy” Jane, 37, is stroking dog Terry in her Beverly Hills home. Then the police arrive to take her to the morgue to identify physician husband John, found murdered by gunshot in his car. “Slender, tall, and elegant” Mary Ellen arrives to bring Jane home. Mary Ellen appears sympathetic yet later, exasperated by Jane’s ongoing grief, chucks Terry from Jane’s lap, excusing her action by saying that John was also her friend. The novel then explains their connection. In college, Jane was friends with the more affluent, popular Mary Ellen. John arrived at the girls’ apartment one night for Mary Ellen, absent since she was dismissive of the then-unsophisticated boy. John and Jane date, and John soon realizes Jane will make a perfect doctor’s wife. After college, Mary Ellen storms off to Manhattan and seduces her married newspaper editor boss to snag his job. John asks Jane to drop even her menial support jobs to become a full-time housewife. Traveling a lot to conferences, he seems restless. Then Mary Ellen reappears, dropping in on them in the titular La Luna Rossa restaurant, leading to several group dinners. When John has scheduling conflicts, an angry Mary Ellen tells Jane that he must be cheating; she suggests hiring a PI. However, when later interviewed as part of the police investigation into John’s murder, the PI isn’t sure which woman he met with. First-time novelist Roberti brings a tinge of Henry James’ Washington Square to this saga of a plain woman perhaps at her breaking point. Yet she also sprinkles in enough details to leave readers, like this story’s detectives, in doubt about the case. While this open ending might be frustrating to some, and the dynamics of John, Jane and Mary Ellen might have been explored further, this story still holds significant dramatic power.

THE EX
by John Lutz
Fiction