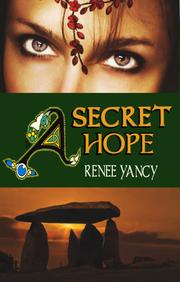 A young woman ventures outside of her home and challenges the beliefs of her people in Yancy’s debut historical novel set in fifth-century Ireland.

Since Ciara of Tir Maic was a young girl, she has been groomed to become a druidess—a healer, a scholar and a prophet. However, Ciara balks at the future laid out before her because she does not wholly believe in the gods worshipped by her people; instead, she puts her faith in the existence of some larger universal force. She keeps her true feelings quiet out of fear of being condemned. Eventually, she is sent by her father to live with his cousin, Devin, to learn all that she will need to know to assume her duties. When a young orphan boy is slated for sacrifice to the gods, Ciara finds the strength to stand up for her beliefs—much to the shock and dismay of her people. But her journey home to face the consequences of this revelation is interrupted when Ciara is taken hostage by a man who, unbeknownst to her, was promised her hand in marriage. With well-researched and true Irish history woven throughout the story line, Yancy’s first installment of her Sword and Spirit series introduces the reader to a vivid world. Unfortunately, a seemingly endless cast of characters makes it easy for the reader to become overwhelmed, as do the numerous obstacles Ciara faces on her journey. The story jumps haphazardly between settings and characters without warning, at a rate that will leave the reader’s head spinning. Nevertheless, a dramatic and honest picture of life in fifth-century Ireland is painted here, and Ciara is a remarkably strong female heroine. Though overwhelming at times, a worthy tale for readers drawn to strong female protagonists.