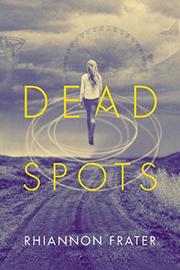 A woman grieving for her ruined marriage and stillborn child finds herself transported to a terrifying place of nightmare and fantasy in this novel by prolific horror writer Frater (The Mesmerized, 2014, etc.).

Recently married and expecting her first child, 26-year-old Mackenzie Babin is settling into a happy life. The death of her son, inexplicably stillborn, tears her marriage apart and sends Mackenzie into a spiral of depression and anxiety. While driving away from her old life, she narrowly misses hitting a deer on a deserted back road and stumbles into a dead spot, a doorway to a place that lies between the worlds of the living and the dead, where fears and dreams all come true. A disciplined imagination can bring safety, but the slightest loss of control spawns vicious and very real nightmares. Mackenzie meets Grant, a mysterious man who becomes her guide through the dead spots, and begins to discover a previously unknown resilience and power of her own as she confronts a parade of graphic horrors. The terrors of the dead spots and some of the characters Mackenzie meets during her struggles are genuine pleasures, fondly re-imagined stock elements of the horror trade—serial-killer clowns, abandoned buildings, a reality that shifts in response to visceral fears—but the plot often shambles along without momentum, wandering from one violent or creepy vignette to the next with a peculiar lack of desire or need to drive it. Perhaps most frustrating is Mackenzie herself, positioned to be transformed into a heroine but unable to shake an infuriating helplessness and willful foolishness until very late in the game.

A novel that offers enjoyable, if sluggish, entertainment for fans of re-imagined horror tropes.