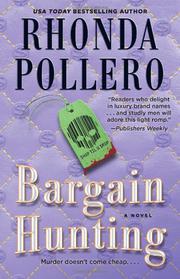 A paralegal at a swanky Palm Beach law firm, Finley has finally moved from estates to criminal law, where all the action is. But it may prove to be a bit more action than she envisioned. Late one night, Liam McGarrity, the law firm’s sexy PI, knocks on her door with a bullet wound in his side and his dishy ex-wife holding him up. Liam was set up: Called to his ex-partner’s house (Liam used to be a police officer before he had to resign in disgrace under suspicious circumstances), Liam arrives to find José dead, someone shooting at him and his old police-issue gun on the floor. What unravels is a plot that implicates drug lords, the police’s gang unit and maybe even the district attorney. Meanwhile, things heat up between Finley and Liam, but Finley can’t get over the constant presence of his ex-wife, Ashley. And not to be forgotten is her boss, Tony, a kind widower with a teenage daughter, who may be a better fit than sexy, dangerous Liam. Pollero delivers a by-the-numbers procedural mixed with the conventions of the chick-lit universe. The novel’s title, far from referencing the plot, describes Finley's pastime of trolling eBay for designer duds (in between shoot-em-up excitement, Finley keeps an eye on her bid for a diamond Rolex bevel). When getting dressed, to visit a gang leader in prison, say, we are treated to a quick rundown of her designer choices. These details feel thrown together and hardly distract from a mystery that is easily solved. Finley is a likable character: a little lazy, a little vain, a little conflicted about the kind of man she wants; now if only she had a better mystery to solve.