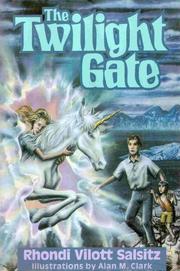 Stoner, nightmare-ridden Vietnam vet, has achieved a fragile peace in his remote cabin until his ex-wife, going through chemotherapy, sends him the three children from her second marriage. They bring along anxiety about their mother; grief over their father's recent death; their own demons (``weevils,'' according to five-year-old Mindy), who seek to kill them; and ``Rosebud,'' an imaginary unicorn created by George, the eldest. Rosebud materializes to aid them against their evil foes, but it's Stoner—with the help of Buddhist blessings he received after a generous act in Cambodia—who defeats chief Weevil Anubis and unites the family. Too much here is poorly digested or unexplained: there may be powerful parallels between the hells of chemotherapy, Vietnam, and a bad marriage, but why are the slavering, wolf-like Weevils after the family? Why is their chief called Anubis? Who and what is Rosebud? Why does it matter that Stoner is Mindy's father, or that George may have been driving when his father was killed? Facile but unresolved, and not much helped by Clark's literal-minded b&w art. (Fiction. 12+)