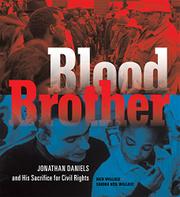 Jonathan Daniels and His Sacrifice for Civil Rights

This powerful biography of a little-known figure underscores the fact that civil rights workers in the 1960s South knowingly put their lives on the line for the cause.

Jonathan Daniels, a white seminary student from New England, traveled to Alabama in March 1965, where he participated in the Selma to Montgomery march and stayed to register voters. Aware of the danger, he took out a life insurance policy. That August, when a segregationist named Thomas Coleman fired a rifle at a teenage black protester, Daniels threw himself in front of the girl and died. To the outrage of many, a white, male jury of Coleman’s friends and neighbors acquitted him. The book’s opening scene creates suspense with a tense scene shortly before Daniels’ death. The next chapter, about his childhood, displays Daniels’ birth date followed by the ominous phrase “the first of 9,651 days.” The authors deftly convey Daniels’ complex personality, drawing from letters and interviews, including 18 they conducted. Numerous photographs, relatively large print, and an open design invite readers in, although the occasional page of black print against blue background can be hard to read. The compelling story concludes with an analysis of Daniels’ legacy, which includes a lawsuit prompted by his murder trial that forced Alabama to include blacks and women on juries.