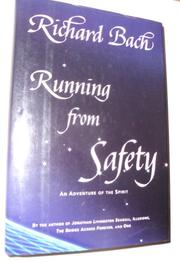 An Adventure of the Spirit

New Age jargon bobs along amiably on stream-of-consciousness froth in this quasi-nonfiction indulgence by the author of Jonathan Livingston Seagull (not reviewed). While paragliding, Bach meets a ``teaching angel'' named Shepherd (get it?), who reminds the pushing-60 writer of a promise he made 50 years ago to Dickie, his nine-year-old inner child: to ``write a book to take back, just for the boy you were, everything you know.'' That book presumably is this one, a cross between a Socratic dialogue and the transcript of a schizophrenic's rant. Richard's discussions with Dickie about free will, fate, risk, and coincidence consist mainly of other people's warmed-over tenets presented as revelations. (Dickie speaks for weary readers when he shouts, ``THAT'S TOO MANY, RICHARD!...IF YOU SAY ONE MORE MAXIM I'M GOING TO POP!'') Much of the book is devoted to perusing Richard's messy mental scrapbook: Childhood was a desert, but at least Dad taught him to play chess. Why did brother Bobby have to die? (Leukemia.) Why did Richard succumb to peer pressure and drink beer as an adolescent? First marriage goes sour; thank heavens Leslie- -the patient, mint teadrinking second wife to whom Richard recounts what he learns—remains deep, mysterious, and challenging. The treadmill of rhetoric keeps turning as Dickie goes grocery shopping with Richard, wakes him up at night, and accompanies him in flight. In the paraglider, they achieve the ultimate insight: There's lots in life over which we have no control; sometime we must trust what we cannot see. Not much originality here, but at least the clichÇs feel universal. Bach tills fertile New Age ground, emerging with such self-helpers' delights as crystals and ``soul on a sunbeam.'' Either you buy it or you don't. (Author tour)