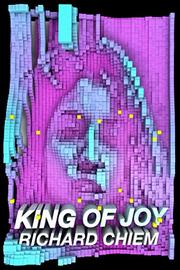 A young woman suffering from grief beyond measure pours her suffering into a job as an adult-film actress.

After cresting the wave between short stories and a novel in his first book, Chiem (You Private Person, 2017) delivers a proper novel here, albeit one that uses shifts in time, hallucinatory wordplay, and a deeply wounded protagonist to strange effect. When we meet the main character, Corvus, she’s at some kind of Burning Man–lite event in the California desert, watching things burn: “What am I doing here? There’s a fucking tree on fire and no one is doing shit.” Her defining character trait is present from the start: “Grief is an out-of-body thing, the worst secret you can have,” Chiem writes. “You live in one terrible place trapped inside your head while your body lives in another terrible place entirely.” The novel takes its time divulging Corvus’ tragedy and in the meantime hooks her up with a pornographer named Tim and a shady studio where she forms a bond with another actress named Amber. When Tim decides to profit from the popularity of sexual-abuse porn, he savagely attacks Amber, who escapes and runs off with Corvus. In the second of three sections, Chiem reveals his main character’s largely stoned but idyllic former life, working in a movie theater and meeting the boyish playwright who would become her husband. Like the song says, the scene ends badly, as you might imagine. Back on the run, Corvus and Amber seek out Tim’s video distributor, a spooky diva who lives in a remote mansion surrounded by, of all things, wild hippos and filled with enough champagne and pharmaceuticals for anyone to reach liftoff. Chiem can’t stick the landing—his denouement is abrupt, incongruous, and garish—but it’s still a remarkable portrayal of restless youth, made sweeter by the author’s crisp, spare prose and a thoughtful portrayal of a woman who lost her way.