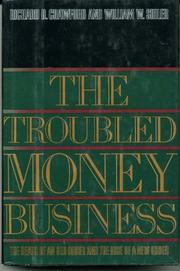 A primer that, for all its occasional oversimplification, provides valuable perspectives on the past, present, and, possibly, future of the US financial system. Crawford (a financial consultant) and Sihler (Business Administration/Univ. of Virginia) reject the notion that the domestic financial system is in crisis, or even real danger. Indeed, they make a persuasive case that the traditional network encompassing commercial banks, thrift institutions, insurance companies, and brokerage/investment-banking houses is undergoing convulsive change. The old order, the authors argue, is giving way to a new one composed of pension funds, mutual funds, the well- heeled subsidiaries of nonfinancial enterprises, and money- management firms. Charting the goods and services that have taken the initiative from established sources, Crawford and Sihler discuss: so-called shelf registrations, which allow securities issuers to minimize the use of underwriters; mutual funds and pension pools that let professionals serve the savings as well as investment needs of growing numbers of individuals; the development of financial futures markets; the securitization of loans; and the emergence of an investment advisory. In addition to generally astute commentary on the welter of reform/restructuring proposals now on the national agenda, the authors offer some common-sense suggestions of their own. Noting that government and its regulatory authorities tend to guard the status quo, they point out that oversight might be more effective if exercised along functional rather than industry lines (which are fast blurring). In like vein, they advocate a more competitive and equitable system that would put paid to costly and misguided efforts to bail out relics like small-town banks that, for the most part, have been overtaken by demand-driven events. A generally informed and informative text with helpful charts and graphs throughout.