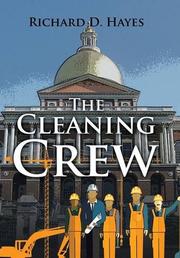 A debut political novel focuses on a revolution that intends to wrest power in Massachusetts from corrupt officials.

Best friends Matt Greenhill and Jeremy Boatman, both in their 60s, have no shortage of cantankerous complaints about politics in their native state of Massachusetts. Successful businessmen at the ends of their careers (Matt is already retired), they decide they simply can’t suffer the steady decline of their state anymore and pledge to do something about it. A few years earlier, Matt had drawn up a plan to take over the state and reform it, a plan based upon creating a group (they both resist the label “party”) from whose ranks they will replace existing politicians and bureaucrats. Membership in the group is largely nonpartisan, though everyone who joins must accept a nine-point platform of reform. The most controversial core ideas include enacting educational reform by diminishing the power of teachers’ unions, legalizing and therefore controlling drug and prostitution trades, and abolishing criminal gangs (while also disarming the police somehow). The grand plan requires a near total commandeering of government to work—Matt and Jeremy plan to control both houses of the legislature and the lion’s share of bureaucratic agencies. At first, the entrenched Democratic Party reacts dismissively (the attorney general immediately calls them Nazis), but as the group, which comes to be known as the “Cleaning Crew,” steadily grows in popularity, the establishment fights back with savage territoriality. Members of the Crew are indicted on fraudulent charges, sued for libel and slander by officials accused of corruption, find their offices broken into, and worse. Hayes, a Massachusetts native and lawyer, concocts a kind of political fantasy whereby a popular uprising is conducted by responsible experts beneficently motivated only by altruism. The idealism that drives the story is extraordinary; when challenged by a political editor, asking why the group should be taken seriously, Matt declares: “We will choose people with the expertise and know-how, and then we’ll provide them with the support, the funding, and the motivation to accomplish the change needed.” This is a lively, and often very funny, novel and will certainly appeal, in a cathartic way, to those who pine for a fresh political start. Its strength is certainly not its plausibility or the incessant proselytizing of its two protagonists; rather, the book’s principal virtue is its optimism regarding the power of democracy, unabashedly expressed.

This tale about a state’s political uprising will likely inspire both incredulity and smiling approval.