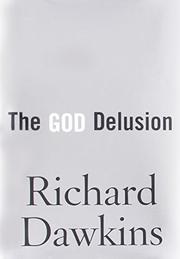 Dawkins’s passionate disavowal of religion and his “I can no other answer make” statement that he is an atheist—and why you should be, too.

Dawkins, eminent Oxford scholar, defender of evolution (The Ancestor’s Tale, 2004) and spokesman for science (Unweaving the Rainbow, 1998), delivers ten chapters arguing the non-existence of god, along with documentation of the atrocities religions have wrought. This is exceptional reading—even funny at times. (A footnote declaims that in the promise of 72 virgins to Muslim martyrs, “virgins” is a mistranslation of “white raisins of crystal clarity.”) By God, Dawkins means a supernatural creator of the universe, the prayer-listener and sin-punisher, and not the vague metaphoric god some invoke to describe the forces that govern the universe. Accordingly, Dawkins focuses heavily on the monotheistic religions with quotations from the Bible and Koran that sanction genocide, rape and the killing of unbelievers. Dawkins is concerned about fundamentalism in America, a phenomenon that stigmatizes atheists and is at odds with the Founding Fathers who ordained the separation of church and state. (Jefferson said, “The Christian God . . . is cruel, vindictive, capricious and unjust.”) He worries that we abuse the vulnerability of children (who are primed via natural selection to trust elders) by indoctrinating them in religions they are too young to understand. Indeed, natural selection is Dawkins’s strong card to explain why you don’t need a god to account for the diversity, complexity and grandeur of the natural world. In other chapters, he uses evolutionary psychology and game theory to account for why we don’t need a god to be good. He also conjectures that religion may have arisen as a byproduct of the ways our brains have evolved, and he invokes “memeplexes” (pools of memes, the cultural analogues of genes) to account for the spread of religious ideas.

You needn’t buy the total Dawkins package to glory in his having the guts to lay out the evils religions can do. Bible-thumpers doubtless will declare they’ve found their Satan incarnate.