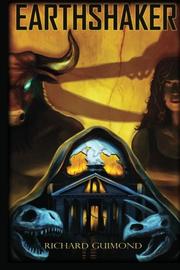 Asterius, the Minotaur of Greek mythology, is awakened from a millennia-long sleep to wreak havoc on 1980s Washington, D.C.

Guimond’s fantasy novel is firmly rooted in the same genre as The Lost World and The Mummy, where hubristic scientists dig up things-better-left-buried, with predictably disastrous results. As destruction is wrought upon the iconic landmarks of the modern world by rampaging denizens of the dawn of time, readers should expect to find the same stylings they would find in a blockbuster of this ilk. The archaeologist in this case is Naomi Slocum, a redheaded hottie and resident raider-of-the-lost-whatever at Douglas Hackett’s Bizarrerie, a museum of the weird, conveniently located a few blocks from the National Mall. Slocum and Hackett have gone to Crete to dig up what they believe is the mummy of Asterius, but the mummy, as is so often the case, is not quite as dead as they thought. Upon their return to D.C., matters are complicated by Hackett’s increasing—and unexplained—madness and his murder of their Greek liaison, Bounakees; this murder is the first of many. The Bounakees sons are determined to avenge their father, recover the Minotaur and teach those nasty Americans a lesson for stealing their antiquities, their architecture and their political philosophy. Meanwhile, Asterius slowly awakens, which the author details with peculiar and clinical descriptions of his metabolism. He’s ready to resume raping and killing maidens, carried out here in graphic, bloody and cannibalistic detail. The plot is fast-paced and builds to a magnificent climax when Asterius creates an army of resurrected dinosaurs and “savages” from the contents of the Smithsonian. But these characters are two-dimensional at best and repulsive at worst; Naomi, the putative heroine, wards off far too many threats of violent rape from the bad guys. This voyeuristic violence against women is perhaps the most disturbing aspect of Guimond’s novel as men die off-page and women on.

A good action fantasy for readers with a strong stomach for rape, incest, murder, cannibalism, necrophilia and the desecration of corpses.