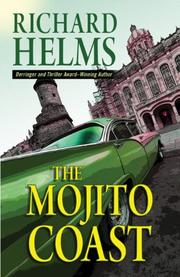 Searching for a precocious teenager in revolution-rocked Cuba is like looking for a needle in a war zone.

Miami crime kingpin Cecil "The Madman" Hacker hires straight-arrow private eye (and hard-boiled narrator) Cormac Loame to retrieve his 14-year-old daughter, Lila, from the clutches of mediocre boxer–turned-bodyguard Danny McCarl, who's wooed the girl and whisked her off to Cuba. Upon his arrival, Loame checks in with Havana police lieutenant Jaime Guzman. Cuban dictator Fulgencio Batista's army is being regularly thumped by the rebel forces of Che Guevara and his protege, Fidel Castro, and although it's 1958, the city has the lawless feel of the Wild West. Loame peppers the city with photos of the missing girl, checks in with local petty criminals, and along the way beds a beauty named Élan. Progress in the case takes the form of slow steps. The fatal shooting of a local enforcer named Luis Gopaldo would be a more promising lead if police didn't peg Loame as a suspect. Before he can investigate the Gopaldo murder and clear his name, Loame has a chance encounter on the marina with Havana's most famous civilian, Ernest Hemingway. They talk at length about guns and the case, and Hem gives Loame a revolver and some advice: Get the girl and leave pronto before the country explodes. And so he does, though not before another visit to Hemingway and an encounter with gangster Meyer Lansky.

Helms' thriller (The Unresolved Seventh, 2012, etc.) is amiable and stylish but also a bit aimless.