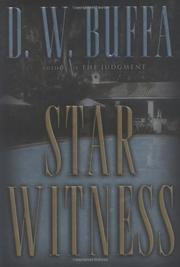 Criminal defense attorney Joseph Antonelli returns (The Legacy, 2002, etc.), in a fifth legal thriller as pretentious and plodding as its predecessors.

The murder of incandescent cinema beauty Mary Margaret Flanders saddens Hollywood, and the subsequent arrest of her husband, high-powered filmmaker Stanley Roth, turns the sadness to shock and scandal. Acclaimed defender Antonelli (who narrates) takes the case because of his admittedly romantic fascination with the deceased. The charismatic Roth, a generation older than his wife, transformed her from housewife and mother Marian Walsh into the three-named superstar—echoing Citizen Kane, a film that’s obsesses Roth. He’s written Blue Zephyr (the name of his studio), a screenplay that echoes both the Welles classic and his own life, thereby making certain Hollywood colleagues nervous. Antonelli interviews some of these—aging leading men Louis Griffin and Walker Bradley, and studio financial genius Michael Wirthlin—as well as Marian’s gentle first husband, Paul Ehrlich, without getting any closer to the mystery. Mary was found floating facedown, naked, with her throat cut, in the pool of the Roth estate. The only evidence again Roth is his bloody clothing, found in a laundry hamper. At the trial (it dominates the book’s last half), tenacious but otherwise unexceptional prosecuting attorney Annabelle Van Roten tries to paint both Roth and Antonelli as media whores. Her key witness is the Mark Fuhrman–like LAPD detective Richard Crenshaw, who found the bloody clothes and had once answered a domestic disturbance call at the Roth home—and, naturally, has a hot screenplay in his pocket. Antonelli gets closer to Roth than he ever intended or desired, becoming the confidante of the increasingly isolated mogul and almost having an affair with Roth’s amanuensis, Julie Evans. Roth even entrusts him with a copy of Blue Zephyr, unread by anyone else.

Buffa writes with authority but not economy, with little sense of character or suspense. He tells us how special and brilliant his characters are but doesn’t convey it in his prose.

THE LEGACY
by D.W. Buffa
Fiction

THE JUDGMENT
by D.W. Buffa
Fiction