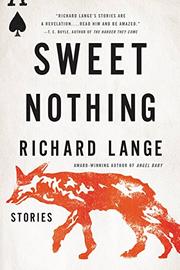 Lange, a writer of both stylish noir novels (Angel Baby, 2013) and sharply etched short fiction (Dead Boys, 2007), returns with a story collection set in a Southern California that won't be found in any travel guides.

Heroin addiction, street shootings, drive-by sex, shakedowns: These are the kinds of things that define the lives of Lange's protagonists in Los Angeles and beyond. A Hispanic widow refuses to tell police she saw the accidental shooting of a 2-year-old boy until discovering a family member has a connection to the killer. A gambling addict takes a first date and her young son to the racetrack, where his loser tendencies again destroy any chance of happiness. A plan to smuggle Mexicans into the U.S. is complicated by a wildfire speeding toward the border from San Diego. An ex-con working in an LA jewelry store must contend with lowlifes he knows who want to rob it. And in a departure set in late-19th-century France, a prison guard is tested by conversations with a man facing the guillotine for killing eight children. There's little hope for a better day for any of these characters, whose lives are made more difficult by sweltering heat and cramped conditions. For all the darkness that runs through the stories, though, Lange maintains a disarmingly light touch, finding plenty of human comedy in the proceedings without sacrificing empathy. With the slightest shift of tone, this could join Angel Baby on the modern pulp shelf. As it is, Lange's morality tales are not that far removed from the classic stories of O. Henry and Guy de Maupassant.

With a distinctive style, Lange makes his downbeat tales of the underclass quirkily entertaining.