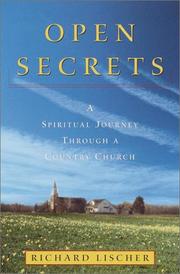 A preacher’s notes on matters of the heart and spirit.

Lischer (Divinity/Duke Univ.; The Preacher King, 1995) candidly admits that after his stellar performance at a Lutheran seminary, where he excelled in the arcana of ancient Greek and hermeneutics, he expected to be rewarded with “a distinguished career . . . a cutting-edge pastoral appointment in a socially conscious but not unaffluent congregation, followed by a professorship in our denomination’s flagship seminary, capped off by the presidency of the seminary and—why not?—of the whole church body.” Instead, in the early 1970s, he found himself assigned to a struggling, “unstrategic” little church in the cornfields of southern Illinois, its pews filled with beefy-handed farmers, their suspicious wives, and sullen children. He was not especially effective, he admits, at reaching his congregation with sermons full of allusions to Camus, Joyce, and Heidegger, though his charges were for the most part far too polite to tell him so. (A few, however, were openly contemptuous, and they make an interesting, rowdy chorus throughout the book.) Pastoring, preaching, and counseling through the years of Vietnam, Watergate, open marriage, and drugs, Lischer struggled to meet his congregation’s needs and to batten down his pride, which “weighted me down from my very first sighting of the church, impeded all my relationships with my parishioners, and never let me run with joy the race I might have run.” In the end, he came close to succeeding, though his next congregation (suburbanites and not farmers) benefited most from the lessons he learned. Lischer occasionally steals a note from Garrison Keillor (“Among Lutherans, ecstasy may take the form of a slight twitch of the eyebrow or the pursing of lips in order to suppress a smile”) but in general the voice is his own, and his storytelling is quite effective.

More useful to would-be pastors than to general readers, but a worthy addition to the literature.