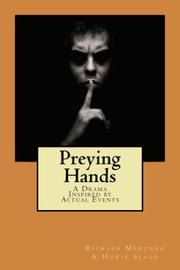 A Drama Inspired by Actual Events

A pedophile priest who targets deaf boys leaves a legacy of blighted lives and lost faith in this heavy-handed play.
Part I, set in the 1970s, introduces Father Larry O’Malley, principal of St. John’s School for the Deaf and the star of Milwaukee’s Catholic archdiocese thanks to the warmhearted charisma that makes both students and donors adore him. Unfortunately, O’Malley harnesses that charisma to sexually molest teenage boys in his charge while building a wall of complicit silence among the school’s staff. After a brief, veiled assault scene in 1960, time shifts to 1974, when James Grady and two friends, now in their 20s, discover they were all victimized by O’Malley; they vow to unmask him. When the police shrug off their accusations, and mealy-mouthed church hierarchs stonewall—“just heresy, excuse me, I mean hearsay,” blusters an archbishop—James and his friends go to the media with their accusations. Part II jumps ahead to the early 1990s, with alcoholic James unemployed and still full of rage over the long-ago molestation, his friends leading similarly haunted lives. Convinced that closure requires a final reckoning with O’Malley, James mounts a campaign to have the aging priest formally defrocked, an effort that bogs down in the church’s legalism and ingrained equivocation. Medugno, a playwright, and Seago, a deaf actor, are pointed in their condemnation of church policies on priestly abusers as well as in their discussion of problems of the deaf and hard-of-hearing. (Most of the dialogue is both spoken and signed, and the playwrights insist that deaf and hard-of-hearing actors play those specific roles.) As a result, there’s didacticism in the script, with characters sometimes speaking direct exposition to the audience or declaiming their anger—“Shame on you!”—to O’Malley’s imagined presence. Lacking Part I’s narrative structure of crime and revelation, Part II’s rumination on the psychological aftermath feels feckless and overwrought; as James bemoans the ruination of his life from a single brief assault, one starts to empathize with other characters who urge him to move on. The play’s high point is the revelation of the creepy deceptions—and self-deceptions—with which O’Malley weaves his religious strictures into his violation of children; it’s a compelling, and revolting, portrait of a warped moral sensibility.
A sometimes stilted, sometimes psychologically incisive dramatization of Catholic sex-abuse scandals.